We recently had a user who needed to convert Micro-CT scans consisting of TIFF images to DICOM files.  Easy DICOM Viewer could already convert most graphic files to DICOM, so we thought it would not be a problem.  Turned out to be a big problem.

First up was the usability issue.  Micro-CT scans are high-resolution images, running into hundreds to thousands of files.  In the original conversion screen, you had to drag the images you wanted to convert onto the DICOM image frames window. 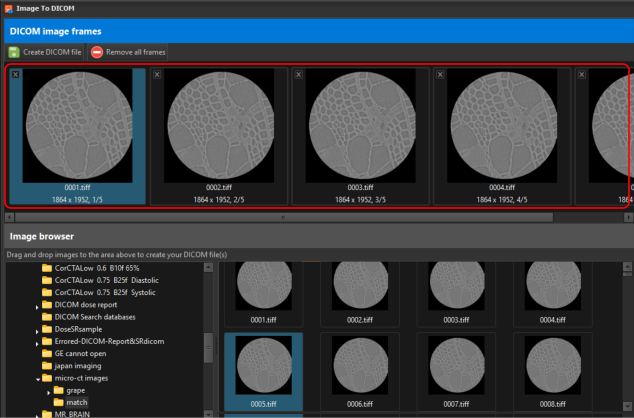 This worked fine if you only had less than a hundred images or so, or when you needed to combine images from different folders.  However, for Micro-CT images, having to show a preview for hundreds or thousands of images was simply not feasible.  Thus, we removed the need to have to display the images in the frames window.  You can now start the conversion in the image browser window itself.

In addition, the image browser now lists the files by file names by default, which makes this screen more responsive.  You can of course still toggle between thumbnails and file names modes. 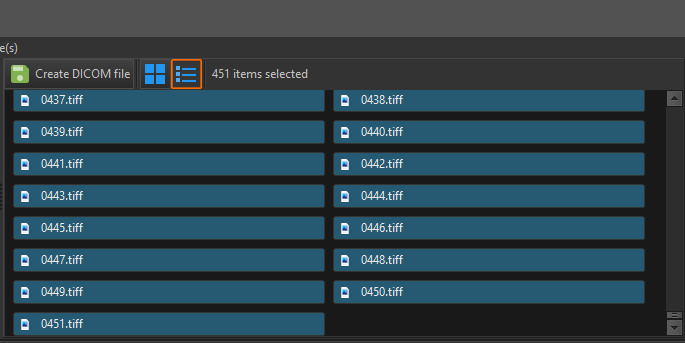 Also, if you now dropped a large number of files on to the DICOM image frames window, Easy DICOM Viewer will ask you to confirm that you want to proceed with the action. 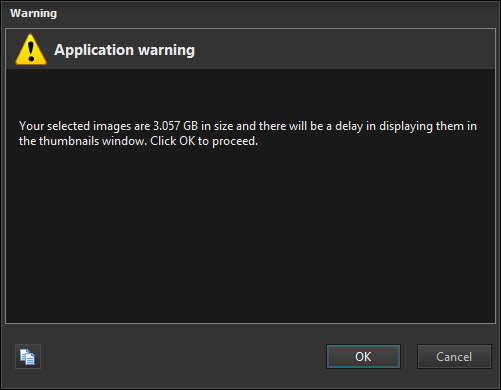 With all the above changes, you can now easily convert Micro-CT scans into DICOM images very much faster compared to the previous version of Easy DICOM Viewer.

The main change here was to add the compression options for the converted DICOM images.  This allowed the user to generate smaller DICOM files, depending on their needs. 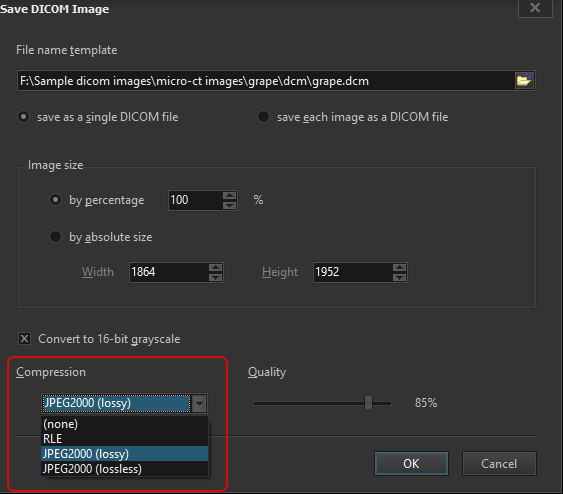 Other changes we made was to easily resize images by percentage, and also to convert the images to 16-bit grayscale.

With all the above improvements, you can now easily convert Micro-CT TIFF images to a single, smaller DICOM file.  Download a 14-day trial of Easy DICOM Viewer now and give it a try.