So we have 2 very similar products, SQL Blob Viewer and SQL Image Viewer, and here’s why.

SQL Image Viewer was released 9 years ago, and over the years, it has accumulated a lot of code that is user-specific.  When we made the decision to create a 64-bit version of SQL Image Viewer, we discovered that it would be pointless to port those user-specific functions over too.  We did not want to leave our existing customers with a new version that did not have those functions, so we renamed the new product SQL Blob Viewer.

SQL Blob Viewer has almost the same feature set as SQL Image Viewer.  The most obvious difference is how it displays images – it does this by displaying the images together with the textual data –

SQL Blob Viewer can also embed images in exported Excel spreadsheets, has a user-friendlier interface to configure incremental exports, supports 64-bit versions of Access, and supports larger data sets with the 64-bit versions.  The plan is to improve on SQL Blob Viewer, while SQL Image Viewer will be updated only with bug fixes.  As both products were developed using different tools, it would be too much work to maintain 2 code bases.

I would encourage you to give SQL Blob Viewer a try if you have not already done so, and let us know what you think.  If you’re a SQL Image Viewer user with a valid maintenance license, contact us at sales@yohz.com for a SQL Blob Viewer license.

We’ve just released DB Doc 3.6, our PostgreSQL schema documentation tool.  Among the changes we’ve made are as follows:

If your PostgreSQL server requires that you use SSL for your connections, then select the Connect using SSL option. 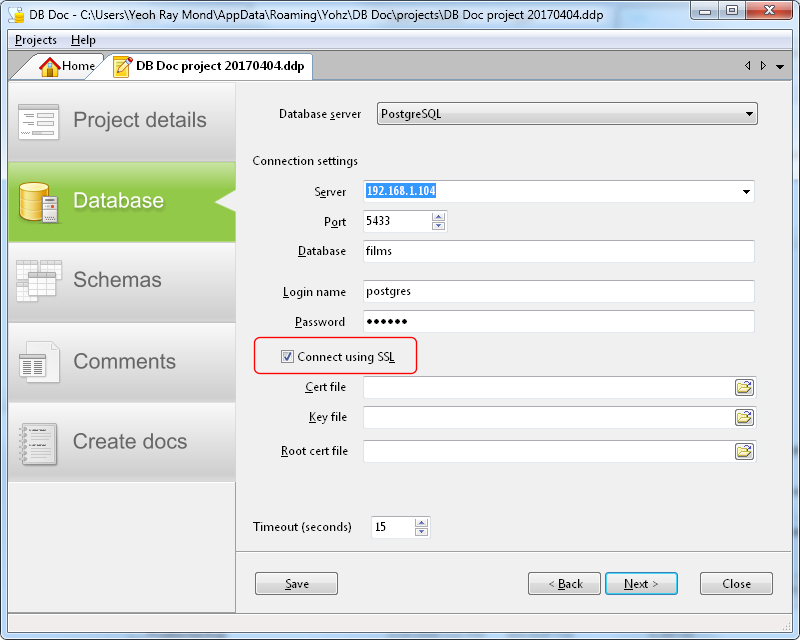 You can now cancel the schema reading process.  Simply click on the Cancel button while DB Doc is reading the database schema.

Download the DB Doc installer from this link: http://www.yohz.com/downloads/dbdoc/DBDocSetup.zip